How to Choose the Right Digital Camera 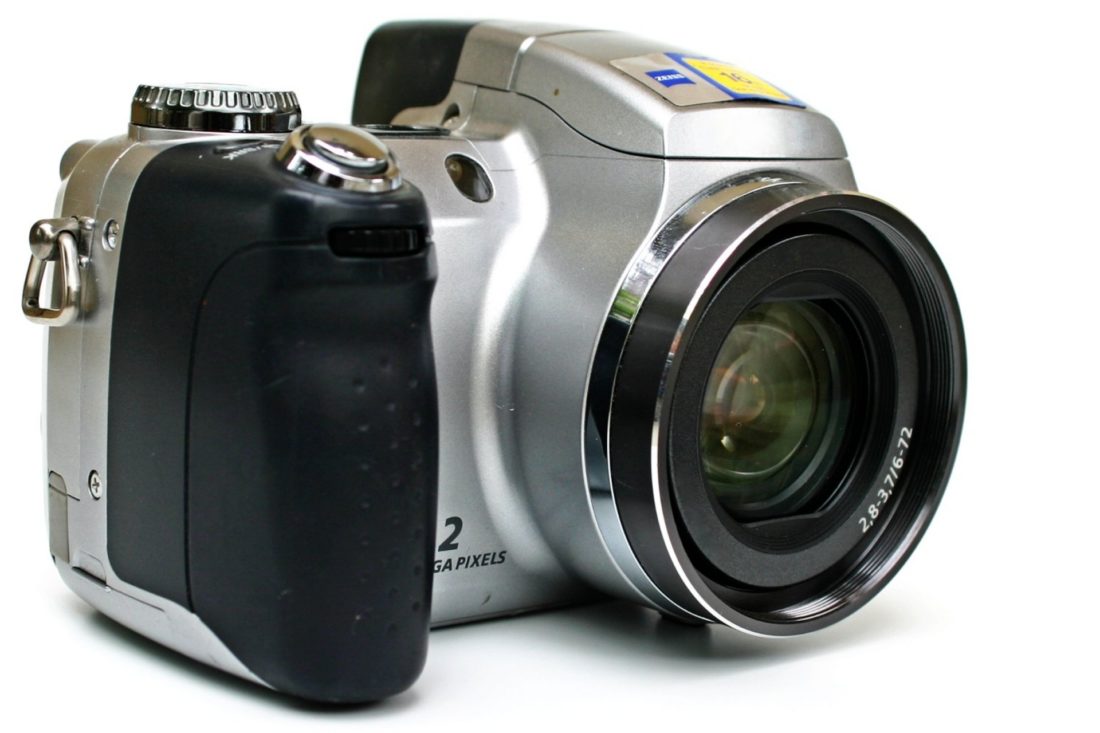 Make no mistake about it, the state of cellphone camera technology right now is insane.

In fact, it’s fair to say that the premium digital cameras which we saw on sale ten years ago would have a hard time keeping up with something like the Google Pixel XL or Samsung Galaxy S8‘s image-taking capabilities. However, serious photographers will most likely want to invest in something a little more capable. Whether you’re just looking for a point and shoot model, or you want to go full-SLR, today we’re going to walk you through a few types of camera and help you to decide which is best for you.

The first thing you need to do is decide why you need a camera. If you’re just looking for a way to capture better images from your day-to-day life, consider something like a standard compact camera. The majority of these cost less than $300, feature lithium-ion batteries, LCD screens, substantial zooming capabilities, and some of them even have handy Wi-Fi connectivity features so you don’t need to back up using a PC.

Likewise, a lot of them present the user with auto-intelligence features, meaning that they’ll automatically adjust their settings to provide you with the best image possible. Something like the Sony Cyber-Shot range, or the Canon IXUS line tend to fall into the decent entry-level standard compact camera range, while providing a variety of options depending on your own specific needs.

If you’re wanting to find a camera with the same form factor as the standard compacts, but would like to achieve something a little closer to SLR-like quality, then opting for an enthusiast model is probably a wise choice. In low-light environments, they’ll struggle to produce that same kind of sharpness, but in any other case—so long as there’s a somewhat decent source of light—you’ll likely be stunned by the output of them.

Additionally, budding photographers will be pleased to know that these units provide a more affordable way to record in the RAW format. You can also, in some cases, attach proprietary accessories as well, such as viewfinders and flash guns. However, compatibility largely depends on the camera itself.

Something like the Canon G9X will set you back somewhere between $400 and $600; this will vary depending on which retailer you go to, and which options you decide to purchase alongside the camera. However, it’s a fantastic model, having received a five-star rating from ExpertReviews, and seven out of 10 from Trusted Reviews.

While the term “DSLR” is thrown around a lot these days, no one can blame you for not knowing what that actually means. While they did—at one time—rule the roost in terms of image quality, Digital Single-Lens Reflex models have largely been caught-up with. However, they do offer some enticing options for photography enthusiasts, not least of which is their superior quality with lenses and peripherals; the vast majority of viewfinders, additional lights, wide-angle lenses, macro lenses, and even microphones are going to work with any major-brand DSLR you pick up.

You can also expect HD video-recording capabilities to be built into the vast majority of DSLRs now available on the market, while their APS-C sensors provide them with a much-better reach than their smaller-bodied counterparts (like the above-mentioned Compact or Enthusiast Models).

In fact, full-frame cameras such as the Canon EOS 6D and Nikon D610 both offer semi-affordable ways to start taking some stunning images. With each model costing around $1,400 and $1,200 respectively (depending largely on where you look), newbie photo-bugs can now start improving their portfolios without needing to make too large an investment.

These are just a few of the options that you can consider when investing in a new digital camera. While some of them may seem to have a hefty price-tag, it’s worth remembering that you’ll get what you pay for here. Serious photographers who want to start picking up work should really start off by capturing professional-looking shots to begin attracting prospective clients. However, hobbyists will likely find very little to complain about with the lower-end models mentioned in the earlier sections of the post.

Types of Fences for Front Yards

We are going through a huge boom of home improvements at the moment and everyone seems to be getting in on the act of improving their house or garden. Why not? We have spent enough time in them over the last year or so. The first impression people tend to get from your house is the fence for your front yard. All of your home and garden improvements can have a cherry on top by purchasing a practical and new looking fence. Below I have included different types of fences that will help you make your decision.

If you are interested in purchasing a new fence, the first thing you will need to think about is what materials you would like for the fence itself. The most popular options tend to be timber fences and the type of timber is something you need to consider based upon your budget, how long you ideally want your fence to last and how big you want your fence to be.

A timber fence is most people’s go to, it provides the privacy and restriction needed whilst looking the part. It is a lot easier to customise compared to other materials also, in terms of timber fences Australia really likes to get creative. White or brown? Not necessarily, give your fence a snazzy look by painting it whatever colour you like. Wooden fences do tend to take longer to fit but worth it in the long run as it holds a long sturdy life expectancy.

PVC Fencing is an option if your budget is forcing you out of other materials. Granted it isn’t the sturdiest of options for fence material but it does the job that it’s supposed to. The cost is reduced as there is less timber being used on the fence. The PVC sleeves are attached on top of wooden posts and still come in a variety of colours and sizes. Definitely an option for you if price comes into play.

On the other scale of fencing, a pricier option is wrought iron fencing. Coming in many alternative designs, iron fencing offers beautiful and extremely strong fences that will draw the envy of your neighbours. The image and strength also provides a high level of security to your home. The down side of iron fences compared to say timber fences is that they have a fairly high level of maintenance to keep its aesthetically pleasing image.

This may not be the most aesthetically pleasing fence but a chain link fence can be extremely practical depending on your home or business. The privacy and security they provide is pretty much nonexistent, however they are very low cost, durable and are very low maintenance. It really does depend on what is needed and what you prefer for your home.

If you are still unsure about what type of fence to get, speak to professionals and get a quotation. They will ask you questions about the purpose of the fence and will be able to help point you in the right direction. Typically when it comes to timber fences Australia has various options on what works best for you. Most importantly you will be able to get that all important price.

Why You Need a Carport 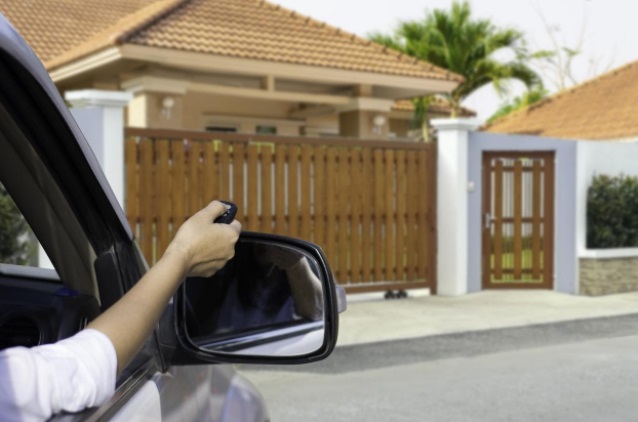 Carports are a very popular option for car storage and today we are going to take a look into exactly why this is a construction which you should consider.

The term carport originally was used to refer to a passageway through which cars would travel through upon entering a building. Genius architect Frank Lloyd-Wright saw something else in this external construction however and since his own interpretation, the carport has grown in popularity and evolved in its design. When it comes to carports Melbourne is full of them, because residents here understand the range of benefits which can be found after building one.

These lean-to or independently built structures outside the home provide the perfect place to leave your vehicles, and here are just some of the benefits of building one.

Protection From The Elements

The key benefit of a carport is to protect your vehicles from the elements. In some cases this means not having to scrape frost and ice off the car in the morning before work, in others it means protecting it from any damage which hail can cause. To most of us in Australia these conditions aren’t much to worry about, but searing heat and flying debris could be, both of which your car will be protected from with a carport.

Many believe that the car is not any more secure in a carport, because unlike a garage there are no locks or doors. With this being said studies have shown that vehicles stored under a carport are significantly less likely to be stolen than those which are not. Additionally insurance companies may offer a discount if your car is being stored in this way.

Carports are considered an attractive feature amongst property buyers, and building one could in fact add some value to your home. Broadly speaking 30% of the spend which you make on the carport, can expect to come back to you when you eventually sell the property.

Thanks to the smart designs which we have, as well as the bespoke options which you have to choose from, a carport can really make your home look more attractive. This adds a simple structure to your property which will help to continue the theme of the home and make the entire place feel more homely and comfortable.

Many would like to have a garage on their property but if there isn’t already one there, the construction of a garage can be expensive. Even if you opted for custom carports, you will find that the overall cost pales in comparison to building a garage on site.

Many fail to realize that they would need planning permission for a garage, which may not always be easy to obtain. Because of the simplicity of the structure and the fact that utilities aren’t required however, the construction of a carport very rarely needs permission — as it is filed under the same category as an external shed.

This is a low cost and low effort way to make sure that your vehicles are safe, and that you add some value and attraction to your property.